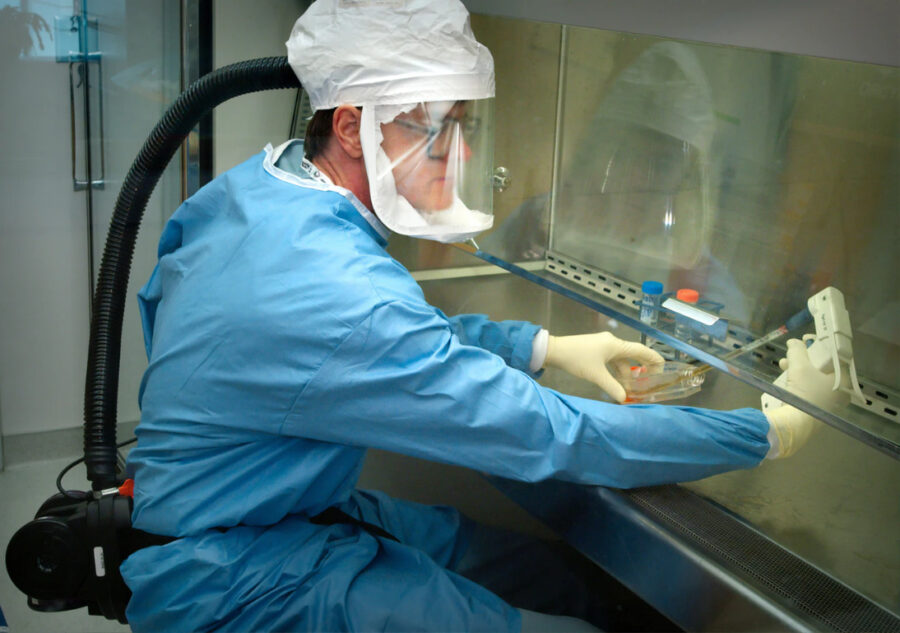 What to remember when markets are in ‘freefall’

Big red arrows pointing down, panicked satellite news experts, and the echo chambers of our social media feeds can make stock market volatility seem much worse than it is.

Volatility this week is blamed on news of significant numbers of coronavirus victims outside of China, especially the over 200 victims in northern Italy. This reporting and the subsequent quarantine of around 50,000 people have been a significant driver of the fall in markets and perhaps just highlighting some complacency about the issue over recent weeks.

We obviously cannot predict the full extent of the disease’s spread. Still, it seems increasingly likely that the WHO will officially declare it a pandemic in the coming days following the Centre for Disease Control’s warning yesterday that there was a significant risk of a massive outbreak in the United States. So, it remains possible that markets could continue to fall.

If you’re having trouble keeping a cool head about your investments, take a deep breath and consider these three critical points about market history.

Today’s losses might seem scary, but if you can clear your head of all the noise and stay focused on what’s essential, your investments will yield a greater Return on Life.

In March of 2009, the US markets finally bottomed out at the end of the Great Recession. Since then, investors have enjoyed a ten-year bull market, by some measures the longest ever.

You might suspect that after such historical growth, what goes up was bound to come down. And market history tells us that’s precisely the case.

In fact, according to this chart from Capital Research and Management Company (Yes, it’s the US, but the US market is BY FAR the largest equity market), we’re slightly overdue for the decline the markets are experiencing right now.

We humans suffer from ‘Recency bias’ which convinces many people that this downturn is different, because non-stop news channels and Twitter feeds are amplifying our current social, political and geopolitical environment.

But think about some of the things that have happened since the beginning of this chart in 1948 – Europe putting itself back together after World War II; the tumult of the 1960s, culminating in the Kennedy assassinations and Vietnam; the gas shortages in the 1970s; the Black Monday market crash in October 1987; two major wars in the Middle East and countless other military engagements; 9/11; natural disasters like Hurricane Katrina and the Indian Ocean Tsunami; the Lehman Bros. bankruptcy and subsequent global housing and credit crisis in 2008.

Through all these events, and many more, the market experienced short-term declines. But viewed through a wider lens, the long-term trajectory of the stock market has continued to point upward, no matter what the world and panicky investors throw at it.

You’re planning for tomorrow, not today.

We help people achieve long-term goals, including a secure and rewarding retirement and a significant legacy that will benefit your family, friends and the Isle of Man community.

The people who are most affected by today’s stock market numbers are people who make a living buying and selling stocks every day.

These traders are operating on a time frame that’s much narrower and much more volatile than the investments in your pension/retirement portfolio. And they rarely ‘fess up’ to mistakes.

Take the 1987 market crash as an example. That was three short years after I had started work in the finance sector.

It was heralded as the ‘end of capitalism’. But just 23 months later, the market was back at its previous break even point.

Now, of course, those 23 months were nervous times, especially for people who were nearing retirement. But viewed throughout a typical 30-year retirement savings program, these kinds of normal market corrections are typically minor blips.

Return on Investment is less important than Return on Life.

Still, there’s more to your money than just your Return on Investment (ROI).

Real meaning in life comes from focusing on all the things money can’t buy.

If you spend your entire working life chasing after the next pound, then when you retire, money is all you’ll have.

You won’t have a personal routine that keeps you healthy, active and engaged.

You won’t have hobbies that put your skills and interests to their highest uses.

You won’t have a spiritual or aesthetic centre you can cultivate through art, nature, religion, or giving back.

In retirement, you also won’t have that next pound to chase any more because … you’re retired!

What are you going to do with all your new free time? We all get the same amount to spend; 168 hours a week.

Fretting about normal market volatility only leads to bad financial decisions and a distorted view of what your money is really for.

We’ve found that the sooner people start focusing on living the best life possible with the money they have, the greater their Return on Life is throughout the financial planning process.

If you’re worried about how this latest market fall could affect your financial situation, let’s schedule a meeting to discuss. We’ll focus on making sure that your finances are on track to deliver something more valuable than money: a happy, secure, and fulfilling life.

Finally, on a positive note, it does seem that the rate of growth of new cases in China has been slowing, so there are reasons to see the possibility that the measures taken by the authorities there have been effective.

It would be inappropriate for us to be dismissive of the impact or the issue as a whole, but it is a time to hold steady.