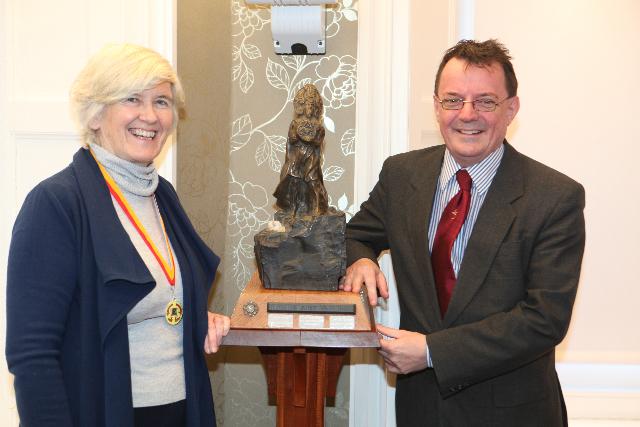 Welcome to the latest episode of Island Influencers, where experienced professionals, entrepreneurs and community leaders based on the Isle of Man are invited to share their stories with us.

Fenella has pioneered academic research into Manx music as director of postgraduate studies at the Centre for Manx Studies.

Her doctoral thesis on Manx music up to 1896 opened up areas of research for other students and helped put Manx music on the map. Without her work, we would know little about the development of traditional music, West Gallery music, or even the National Anthem

Fenella’s expertise in the spirit of Manx music is internationally recognized.

She’s contributed articles, papers, and chapters to leading publications, spoken at numerous conferences and led workshops. Her research has consistently promoted the Isle of Man and it’s culture.

Fenella’s accomplishments outside of academia are wide-ranging. She succeeded in making Manx music accessible to a wide range of people of all ages and has worked hard for festivals such as the Manx Music Festival and Yn Chruinnaght, which is now known as The Celtic Gathering.

She’s also well known as an excellent musician; a fiddle player, a singer, and a pianist, as well as an arranger and composer and published author.

Fenella works hard for a local community of Ballaugh and she leads the church choir. She’s a member of Ballaugh Heritage Trust and has acted as a governor for Ballaugh School.

And what’s unique about Fenella is how she draws from all these achievements to be a major draw on prestigious heritage cruise ships throughout the world, particularly now into the Baltic and further North, promoting the story of the Isle of Man.

Here’s my conversation with Dr Fenella Bazin in episode seven of Island Influencers.