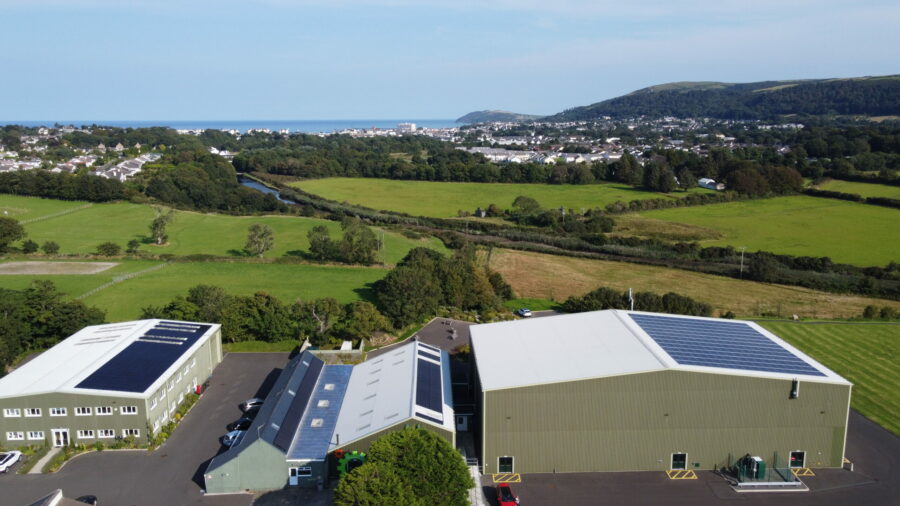 David Doricott grew up in Blackburn with a great love of the outdoors. In 1976 David read Forestry at Bangor University and during his degree course, he discovered an unexpected understanding and interest in computing. This led (after about seven years in Forestry and Horticultural management) to David in the early 80s, starting a computer business in Scotland called AFD Software Ltd.

Then in 1997, David moved the business to the Isle of Man. In 2015 David adopted the derelict Island Film Studios site in Lezayre. A stunning rural location, with views of the famous Mountain Course. David has pioneered the 25-acre site as a multi-use technology park, known as Mountain View Innovation Centre (MVIC), one of the most resilient technology parks in the world.

MVIC houses a vast community – including a vibrant bistro, multiple small and start-up businesses, the most significant events space on the Isle of Man and even a kindergarten.

The MVIC renewable energy project has meant that the site is entirely self-sufficient in using Solar Energy from April to October each year.  During which time, it is a net exporter of power to the Manx Grid, whilst also the principal charging source for the company’s fleet of 14 electric vehicles.

David and his team at AFD have flourished a core, long-held objective “to generate profits, and to use them creatively in the relief of suffering, the improvement of society and furtherance of the Christian gospel.”

The business has been able (through the nominations of its staff members) to provide millions of pounds in funding for a wide range of relief and development work throughout the world.

Here’s this week’s conversation with David Doricott in episode 56 of Island Influencers.

This author hasn't written their bio yet.
James Spooner has contributed 1 entries to our website, so far.View entries by James Spooner

Your email is safe with us.