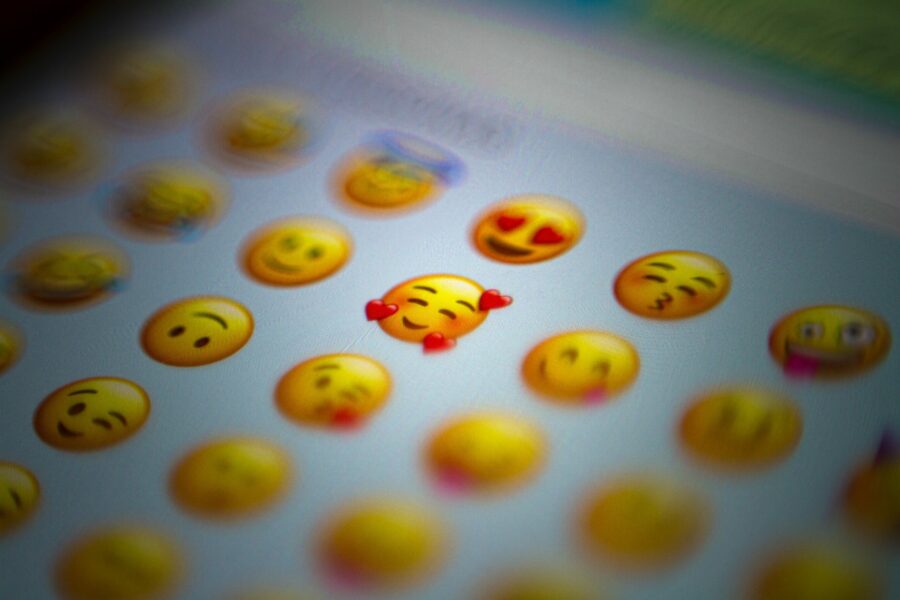 Although we’re never keen to admit it, we have all made bad decisions at some point in our lives. The reason for a lot of these poor decisions is our emotions.

When thinking rationally, parking emotion to one side, we can consider our options and the possible outcomes and decide on the best way forward.

Still, we’re not always capable of rational thought, which can be forgiven with the main drivers – the Ukraine/Russia conflict, ongoing Covid issues and cost of living/inflationary pressures, being such emotive issues.

When investing, the ability to make rational decisions without the fog of human emotion is of paramount importance.

Barclays estimates that emotions lead the average investor to suffer around 2-3% in foregone returns yearly.

Emotion can lead us to act in a certain way, but is it possible to rule out emotion completely? When we look into the role of emotions and investing, we come across quite a few exciting discoveries.

Making decisions without any emotion

Fortunately, the role of emotions in decision-making has received much attention in recent years.

There is even a new discipline for this study, called neuroeconomics, bringing together neuroscience and economics and looking at how they can provide insights into their respective fields.

We now have studies comparing how different people make investment decisions thanks to neuroeconomics.

In ‘The dark side of emotion in decision-making, Shiv, Loewenstein and Bechara looked at the decision-making process of people with brain damage due to substance dependence, specifically looking at whether their decreased emotional reactions allowed them to make better investment decisions.

When introducing their study, Shiv, Loewenstein and Bechara cite the real-life example of someone with brain damage driving a car that hits an icy section of road.

While the other drivers hit their brakes in panic, the driver’s lack of emotion – specifically fear – allowed him to remember that not hitting the brakes was the correct reaction.

Each participant was given $20, which researchers told them to treat as real compensation for participating in the study. Over twenty rounds, they had to decide between two options: invest $1 or do nothing.

If they invested, they had a 50/50 chance of either losing their $1 or keeping their initial dollar stake and gaining an additional $2.50.

The expected value on each round ($1.25) is higher than if one does not invest ($1), so the correct decision would have been to invest in each round.

If you did invest in each round, you would have only a 13% chance of earning less than if you just pocketed the $20.

The study showed that people with brain damage – either from substance abuse or not – tended to make decisions that maximised profits more than those without brain damage.

Those with brain damage ‘were not influenced by the emotional reactions associated with the outcomes of preceding rounds, so they were more predisposed to taking risks.’

Of course, this does not mean we should all try to completely disregard human emotion.

As the authors of the study put it, many participants with substance-induced brain damage suffered from poor decision-making in real life.

Their better performance was ‘likely the direct consequence of the emotional indifference about losses, and their willingness to risk punishment to obtain the reward.’

Can we make ourselves better investors?

But if emotion can hold us back from making the right decisions, can we suppress our feelings to make us better investors? To a certain extent, this is what many people do already.

Staying invested no matter what or drip-feeding money into markets regularly are strategies that remove the need to make decisions and thus the wrecking ball of emotion.

There is also plenty of research on how we can take better decisions.

Perhaps the most interesting example is The Good Judgment Project, the brainchild of Philip Tetlock, a Canadian-American scientist.

Tetlock wanted to test the accuracy of expert predictions and determine whether their specialist forecasts were any better than those of the man in the street.

In 2011, the Intelligence Advanced Research Projects Activity (IARPA) – a branch of US intelligence – launched a competition to identify cutting-edge methods to forecast geopolitical events. Five scientific teams competed to generate forecasts on the type of questions US intelligence agencies needed to answer every day.

The competition was unprecedented, partly because it was one of the few attempts to measure US intelligence forecasts’ accuracy and generated an unparalleled dataset on what forecasting methods worked.

In Year 1, the GJP team beat the official control group by 60%. In Year 2, that gap widened to 78%. By the end of the second year, the GJP team were doing so well that IARPA dropped their academic competitors.

The team had even outperformed intelligence analysts who had access to classified data.

How could a team of outsiders perform better than America’s foremost intelligence experts? The answer lies in how far you are prepared to analyse your decisions.

Tetlock and his team identified a group of Superforecasters who were particularly skilful at making predictions.

These individuals were far more open-minded in their thinking and deliberately tried to cultivate their forecasting ability. When forecasters practised assigning precise probabilities to the predictions, they became better at distinguishing finer degrees of uncertainty.

Much of what happens is about double-checking yourself.

Take the following question; for example, you have two tokens in your pocket, which together are worth £1.10. If Token 1 is worth £1 more than Token 2, how much is Token 1 worth?

If you immediately answered £1, think again. The correct answer is £1.05.

When answering a question, most of us reach for the simple answer. Few people bother to check that the value of their answers adds up to £1.10.

If you do, you quickly discover your elemental mistake and come up with the answer relatively easily.

Therefore, making better investment decisions might appear deceptively simple – you think carefully about your decision and then double-check your assumptions.

This is hard to do in practice, though.

If you want to become a better investor, slow down and think. And if you don’t have time to slow down, you can always appoint a Chartered Financial Planner!

If you’d like to read more of the study by Shiv et al., you can read it here.