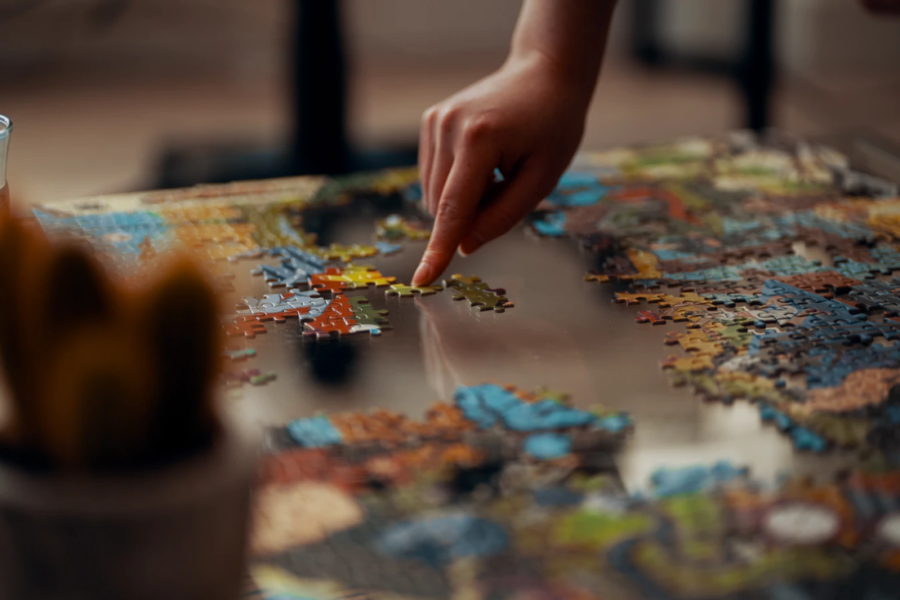 There are numerous reasons why it was a good thing to stop doorstep salespeople selling pensions and investments. That, I am not disputing.

However, one good outcome from this approach is that there is a generation of people out there with some pension savings, even if they don’t know what they have exactly!

Thankfully, regulation has put a stop to potential mis-selling and introduced minimum standards in financial services. This regulation gives consumers confidence that the advice provided is tailored to their needs – and not about meeting sales targets.

There is a slight downside, as many people don’t understand pensions but haven’t been sold a pension either. This cohort of people ends up nearing retirement age without one.

This fact was rammed home to me last week. I am a big fan of the work of Martin Lewis, known as The Money Saving Expert. His attempts to educate the masses in money-saving activities are relentless, and he has his work cut out.

He recently did a television special on UK pensions. Shortly after, on social media, there were 700+ comments from viewers either without pensions or still without an understanding of their options.

The sheer number of questions was eye-opening, and, as a result, I felt I had to get some facts out there about Isle of Man pensions.

I can’t cover everything here, but hopefully, these main points are useful and might get you thinking or talking about pensions.

Types of a pension

State.  An inflation-proofed income for life paid by the government. The amount payable depends on your personal National Insurance record. The current full Manx State Pension is £191.31 per week.

Defined benefit (final salary).  These are pensions that pay inflation- proofed income for life at a rate usually determined by your years’ service and final (sometimes average) salary. In the private sector, most of these schemes are closed to new members.

Occupational (Defined Contribution).   This is a type of pension offered by your employer. Typically, both you and your employer will contribute a percentage of your salary, which is then invested for you. The amount of income payable in retirement will be determined by the value of your pension at retirement.

Personal Pensions and ‘SIPPs’.  The pensions sold door to door that I mentioned at the start? They are likely to have been personal pensions.

As with the occupational pension, the amount payable on retirement is based on the value when you retire. You pay contributions that are invested. SIPPs tend to have more comprehensive investment options.

Annuities.  A pension annuity is a guaranteed income for life. The features vary from a simple fixed regular payment that ends on death, to escalating payments with dependent’s pension or guarantee periods.

There are others, but the pensions we see most often are written under one of two sets of rules:

1989 Schemes.  Subject to the specific scheme rules, benefits can be taken from age 50. They must be accessed by age 75.

Up to 30% can be taken as a tax-free lump sum. The remaining value can be used to pay an income.

This income is capped at a percentage of the value of your pot. The upper and lower limit is set by the government.

Pension Freedom Schemes (also referred to as 61H Schemes). Benefits can be taken from 55. There is no maximum age by which benefits must be taken.

40% can be taken as a tax-free lump sum. The remaining value can be used to pay an income.

There are no maximum income limits; in fact, the whole fund can be withdrawn if so desired. These rules were introduced in 2018.

Tax benefits (what’s in it for you)

Where your employer pays into your pension, this is generally done before income tax being deducted.

If you make contributions to a personal pension or SIPP, you can claim tax relief via your self-assessment.

As previously mentioned, a portion of your pension can be taken as a tax-free lump sum. Any further income paid will be subject to income tax at the rate at which you pay. This is up to 20% for the 2021/2022 tax year.

Pensions are not subject to tax until you take money from them. This gives a further level of tax efficiency while you are saving.

There is a limit to how much you can pay into a pension during a tax year (6th April to 5th April).

The maximum personal contribution is the lower of your relevant earnings (employment income paid as salary) or £50,000.

The £50,000 overall limit includes any amounts paid in by your employer too.

As previously explained, entitlement from Defined Benefit schemes is calculated based on service and salary.

For the other types of pension, the pension value is based on the performance of the underlying investments. The investment strategy should align with the individual’s attitude/tolerance for risk and losses and any investment preferences, such as ethical based investing.

The investment risk sits with the member. The value of the pension will fluctuate, and it is possible to get back less than contributed. That being said, pensions are usually a long-term investment, and over time, markets have generally followed an upward trend.

Where funds are to be invested for the longer term, maybe 20+ years, short term volatility becomes less important, meaning relatively higher-risk investments may be selected.

As retirement age approaches, it is a common strategy to see the level of risk adopted reduce.

Specific investment strategies should be discussed with a financial planner.

What happens on death?

In most cases, your state pension ends on your death.

Defined benefit/final salary pensions may pay a dependents’ pension on death, at a reduced rate (often 50%) to your nominated financial dependants. Criteria as to who qualifies as a dependent will likely apply.

For most other pensions, the value on death will be made available for the member’s beneficiaries.

For a 1989 scheme, where funds in the pension have already been accessed by the member, a death tax charge of 7.5% will be deducted before the fund is paid out, if taken as a lump sum.

This charge does not apply to 1989 schemes where funds have not yet been accessed or to Pension Freedom/61H Schemes.

What does retirement look like? What’s it all for?

The most enjoyable part of a Chartered Financial Planner’s job is helping clients establish to what they would like to retire. A big part of this is focusing the mind on considering what life will look like and cost in future, rather than solely concentrating on clocking off for the last time.

Making realistic assumptions around the cost of your future can give you a final figure for which to aim. This perceived endpoint gives you your starting point.

How much do you need to save and for how long? The numbers vary from person to person, but it would be fair to say that in most cases, saving for retirement is a positive thing.

The state pension is unlikely to be enough on its own after all.