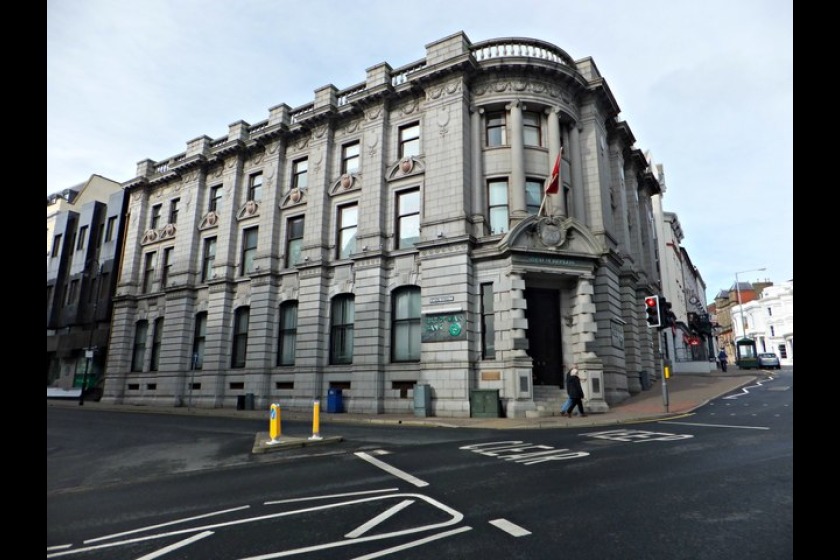 In the news this week is the announcement that two Isle of Man Bank branches will close, as a result of more customers banking online.

The branches in Peel and Castletown will close on 7th January.

RBSI chief executive Andrew McLaughlin said the organisation needed “to move with the times”, but the closures have been criticised for the impact they will have on the local communities.

Despite a significant move to online banking for many of us, bank branches continue to play a valuable role.

Also in the news this week was the report that bank branch staff and the police have managed to prevent £19 million of fraud from taking place in the first half of this year.

The Banking Protocol, which is a UK-wide scheme designed to alert local police officers when an attempted fraud is taking place in branch, is behind this impressive statistic.

According to UK Finance, the Banking Protocol means the police can visit the branch to investigate the suspected fraud and arrest any suspects who are still on site.

The figures show that £19.3 million of fraud was prevented in bank branches between January and June, and more than 100 arrests were made.

Since the scheme was introduced three years ago by UK Finance, National Trading Standards and local police forces, it has prevented a total of £116 million of fraud and resulted in 744 arrests being made.

One form of fraud the scheme is designed to prevent is impersonation scams, where criminals pretend to be police or bank staff, convincing people to visit their bank and withdraw or transfer large amounts of money.

In some cases, an impersonation scam involves the use of a courier, where victims are convinced to hand cash or cards over to the fraudster posing as a courier.

The scams can also involve the use of ‘safe account’, where fraud victims are told to transfer their money from their bank account to another account, under the control of the fraudster to ‘keep it safe’.

The initiative has been used to tackle romance fraud too, where scammers use fake online dating profiles to lure their unsuspecting victims into transferring money to a love interest.

Branch staff and the police have also been able to stop rogue traders from ripping off elderly customers after carrying out unnecessary work on their properties.

According to the data, customers helped through the Banking Protocol are typically over age 65. Some were over 100 years old.

Without wishing to sound ageist, I do wonder whether older banking customers are those least likely to have moved to online banking, and therefore placed most at risk by the closure of branches.

To build on the success of the scheme, discussions are currently underway with local police forces over expanding it to cover attempted bank transfers made by customers through telephone and online banking.

Expanding the scheme in this way would enable bank staff at call centres to notify police when certain attempted bank transfers are being made which they believe may be the result of a scam, in situations where the customer is unable to visit their local branch to enable further checks.

An expansion of the scheme to cover online and telephone banking is at least a ray of light for customers affected by branch closures in our local community.

The most important message here is to stay aware and stay safe. If in doubt, seek a second opinion from a trusted professional before withdrawing or moving your money.