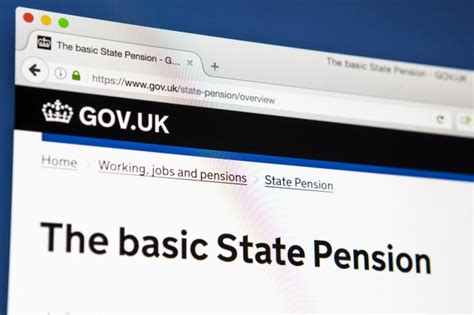 Time is running out for Isle of Man residents to apply for what could be extremely cost-effective additional state pension income in retirement.

This opportunity has come about because of a change that was made in 2016 to the way in which the state pension is paid to certain Isle of Man residents. Those that had previously worked in the UK used to claim their entire state pension from the IOM Government. Now separate claims should be made to both the IOM and UK Government.

The UK Government is currently allowing eligible people to increase their UK state pension entitlement by “back paying” gaps in their UK National Insurance (NI) contribution record from 2007. The deadline for this is April 2019.

You are eligible if you have three full years of paid NI contributions in the UK and are yet to reach state pension age.

35 years’ NI contributions are required for a full UK state pension and those with fewer years will get a proportion of this.

At most, this will cost David £741 for each year he back pays, at a total cost of £8,892 for the 12 years. In doing so, he increases his annual state pension income by around £2,964 a year, meaning he will recoup his outlay roughly three years from receiving his state pension and then benefits from the extra payments for the rest of his life.

With average UK life expectancy being over 80 years, based on an expected state pension age of say 66, most of us would hope for at least 14 years of state pension payments. If you have previously worked in the UK and are eligible, it is worth looking into as soon as possible. If you do live to 80, and have back paid the full 12 years of £8,892, you would get back over £41,000 making it a sound and worthwhile investment in your retirement.

Of course, like anything, there are forms to fill in – these are the steps you need to follow:

-Request a state pension forecast application form from the IOM Government via pensionstatement@gov.im

-When you receive your state pension forecast from the IOM Government in the post, then:

3 – Check your UK state pension forecast by searching “check state pension” on the site, just like the step above.

IMPORTANT – Make sure that you don’t attempt to do 1 and 2 at the same time. The reason for this is that the Isle of Man will notify the UK that you will be requesting a forecast from them and this will make the UK part of the exercise easier for you. If you can’t view your UK record it may be unavailable whilst the IOM calculates your entitlement here. You can then retry once you’ve received your Isle of Man forecast.

Once all the forms are completed, the payment should be made before April 2019 to secure the extra state pension income.

For many people who have worked in the UK or abroad but now live in the Isle of Man, understanding how best to manage and grow your personal or company pension/s can be daunting, but there are potential benefits to your Manx residency that are worth exploring.

This is an area where we are seeing a steady increase of people asking us for help, and with the Isle of Man Government’s focus on attracting new people to the island, it is an increasingly important area for many new residents. We offer a free consultation to get an overview of your specific situation and understand what, if anything, we can do to offer support and advice.

In any event, if you have recently moved here and have overseas pensions, we would strongly advise you to seek financial advice.

John is a Chartered Financial Planner. He joined Thornton at the beginning of 2016 and is an integral part of the team which includes chairing our investment committee.